So it’s been a while, hasn’t it? I’m sorry about that. So much has happened, yet so little of the tangible to show for it. That leaves me with trying to explain more of the un-explainable.

Weeks ago, I thought I finished Firmament. Well, I kind of did. Never before (well maybe a select few times) in all of my painting life have I gone back to a painting after I have deemed it finished only to un-deem it again and continue to muss with it. But that happened.

You probably can’t tell, but here it is now, ever-so-slightly different: 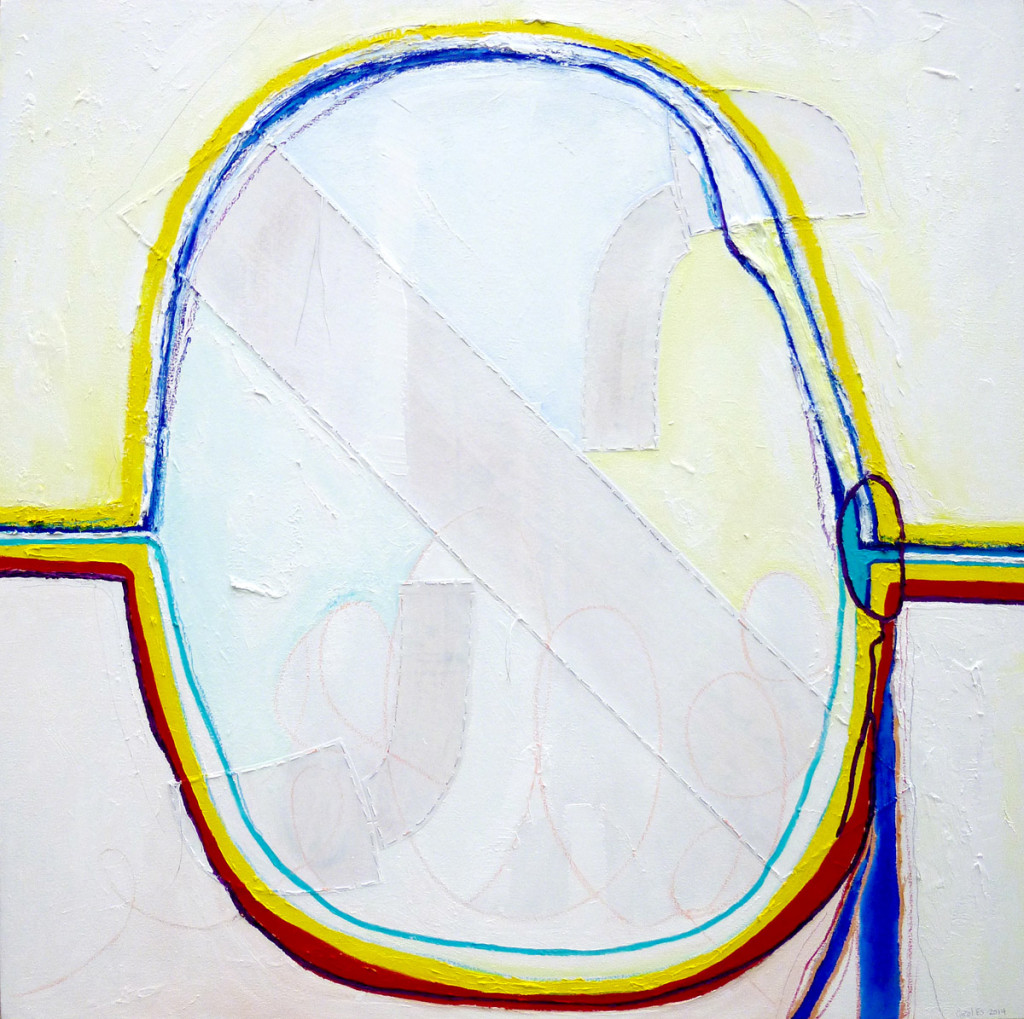 Remember I told you about all that self-doubt? Well it really took over me.  Maybe it wasn’t so much self-doubt, but indecision.

I began this piece with journaling on the pattern pieces and I could never get off the fence about how much of that I wanted to reveal in the final painting. That was the problem here. And because I couldn’t decide that, that’s what was stopping me from moving forward with the rest of the paintings.

In this case though, I covered up the words and sketches too much to bring them back no matter how much I tried to carefully brush and rub it with turpentine. The more I did that, the more it began to eat through the layer of polymer that is between the paper and the oil paint. It started to rough up the paper, not bring up the journaling.

But wanty wanty, cyann getty, getty getty no wanty, which happens all the time in painting – painting abstracts anyway. And most of the time, it’s the painting that will tell you which way it wants to go. You are not always the dictator. What am I talking about? You are never the dictator. It’s a collaboration between you and the painting itself.

Well, I forgot about all of that, and I just couldn’t move forward.

You see, by now, I really do have all the paintings honed in. I know what they are basically going to look like. I spent a good portion of my time in Joshua Tree drawing the same thing over and over. In fact, in terms of “sketching,” all I did was fill 6 x 6 inch sketchbooks with colored rocks. 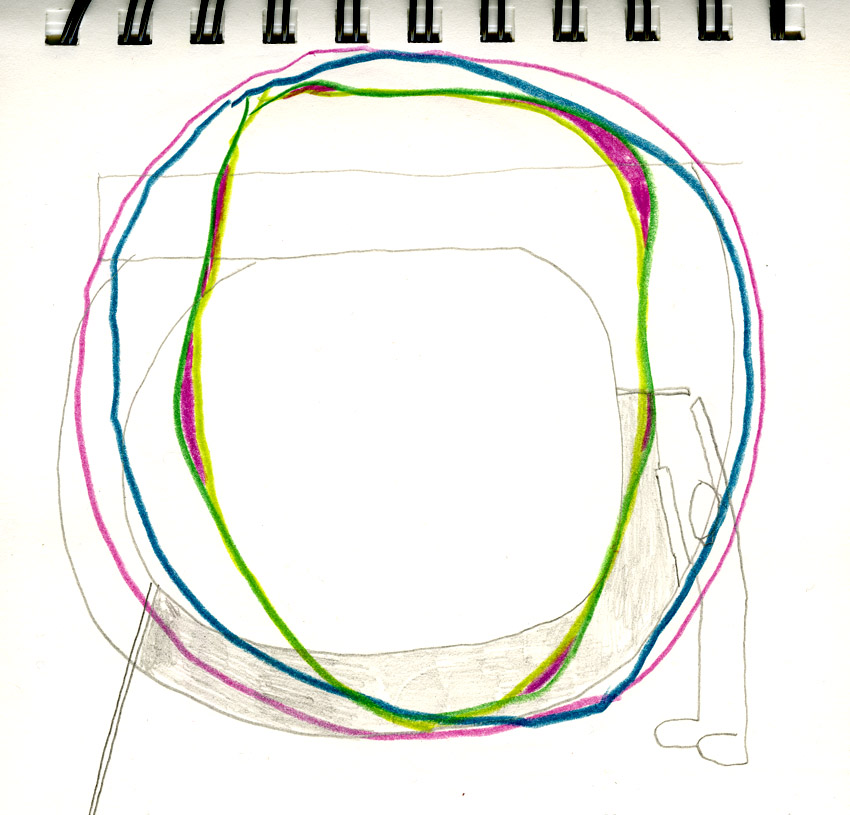 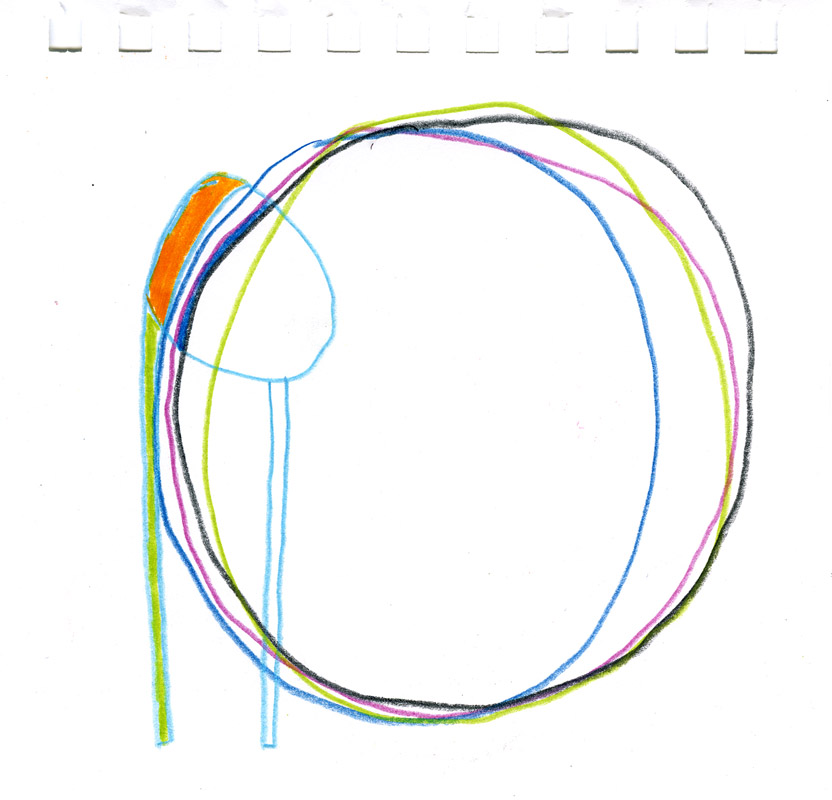 It gets really repetitive, but you get the idea, right?

Anyway, I have finally moved on and I am settling on at least trying a few new pieces in both directions.

Well, actually, it’s funny I should say that…

I started this one with the intention of not journaling on it at all. In fact, I didn’t. I mean, I did on one, but that was before I made the decision: 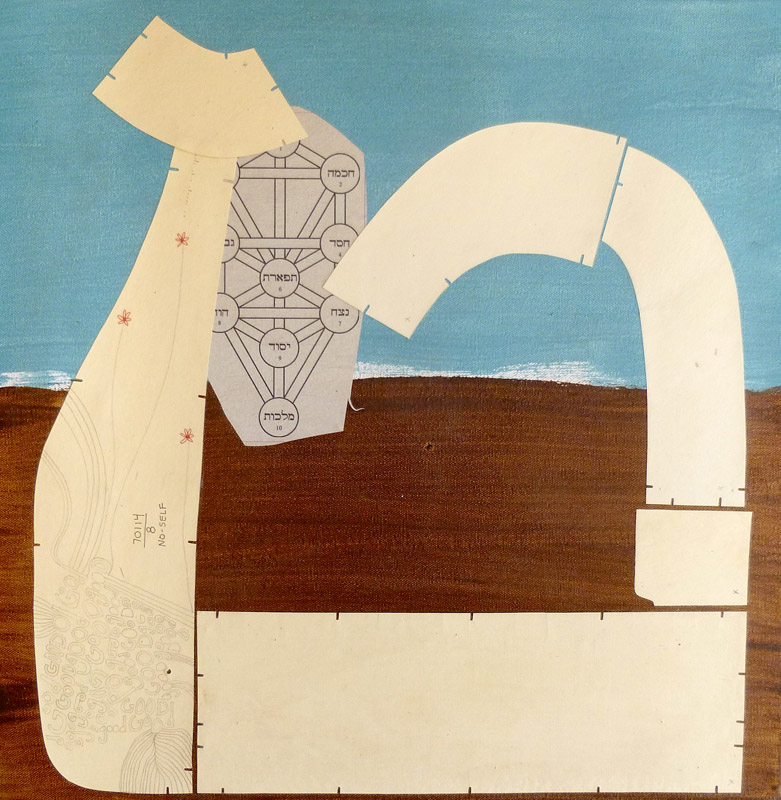 but I have been journaling on the pieces since I put them onto the canvas! This is a near impossible feat because now there is polymer on top of the paper. How have I been doing it? It’s not easy. And it’s not looking as authentic as they are supposed to since I didn’t do them in the first place, but I found that if I do them in micron pens, it can be done. I just can’t use any pencils or stamps. It just won’t take to the polymer.

So now I’ll have to fix them once I’m done with Krylon fixative, then give it another thin coat of polymer, then I can paint on them. If I swipe it with polymer now, or even with my hand, that micron pen is going to smear.

And so, that was all tangible stuff. But what else have I been doing?

Getting my video organized — in my head, that is.

I met with Jonathan, half of my editing team, and we had a great meeting about how, basically, the sky is the limit with my film. That is, within reason. Within budget. But budget is not going to stop anything vision-wise I, or we, can come up with.

Okay, I just did a search on this blog for Jonathan and see that I never did mention just who Jonathan and Susan are exactly. I said I wasn’t going to reveal their full names because, back then, I wasn’t sure if I had them on board.

I’m so sorry I have not linked you to their websites because I have known they were on board for a long while now.

Like I had said before, I have known Jonathan since I was 15 or 16 year old, and he has been with Susan for the past 14 years. I’m pretty sure the three of us are going to work well together on the film since I already know that Jonathan and I work great together on music.

The film, I’m pretty sure, is going to be a kind of surreal journey about an abstracted giraffe that goes to the desert and comes back a bug.

But don’t hold me to that.

I also made a few more key decisions about the actual installation. I did finally buy the tent. It’s the orange and grey one. It’s the only one that is going to fit into the project space. 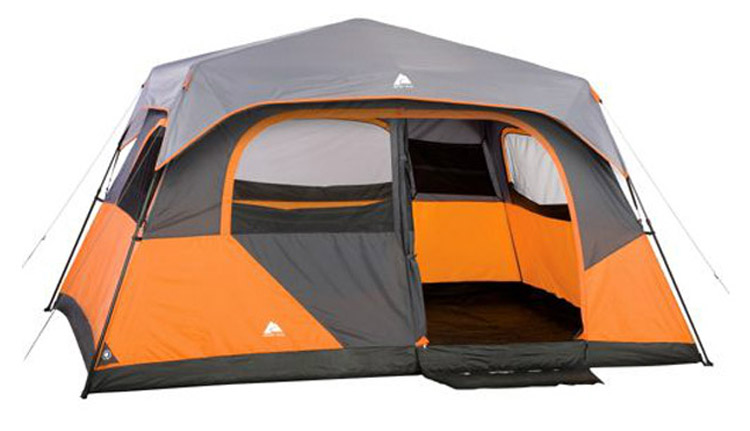 And instead of the movie being projected onto a projection screen, it will be playing on a small, old television connected to a car battery. There will be some lawn chairs to sit on and people will feel like they are really camping.

Of course, I have already blown my budget, but that’s okay. I will figure it all out. I need a few more things and Jonathan and Susan are being pals about their fee. There are just plenty of things I didn’t account for, like telling everyone that the shipping was “on me.” Or things that just added up like art supplies I didn’t think I needed that I did. I’m going to need things like sandbags to keep the tent in place in the project space, lots of film developing, and I most definitely need to go back to Joshua Tree and pick up shots I missed because of the crazy winds I experienced there the first time around.

I’m also incorporating photographs into the show. I’m pretty sure. We’ll see if they will look good with the paintings, but I’ll save the aluminium printing for the last thing, and I will also be applying for a Durfee grant later this year to see if I can maybe get funding for that. It’s just that I got some beautiful photos like these:

Printing them on aluminum is really the only way to go to keep that vibrancy.

I recently got a small commission, which will tide me over for now, so I’m not too worried…yet.

Okay, I think that’s it for now.