Lately, many parcels have been arriving at my house. I guess they are all sort of “props” for my art installation. I thought I should start taking photos of them for yucks, whether they make sense to you or not.

I should have thought about doing this a while ago and posted items as they were acquired (or made). It could maybe be a fun and interesting glance at what else has been going on around here besides all the painting.

Like last weekend. I made this fake car battery. 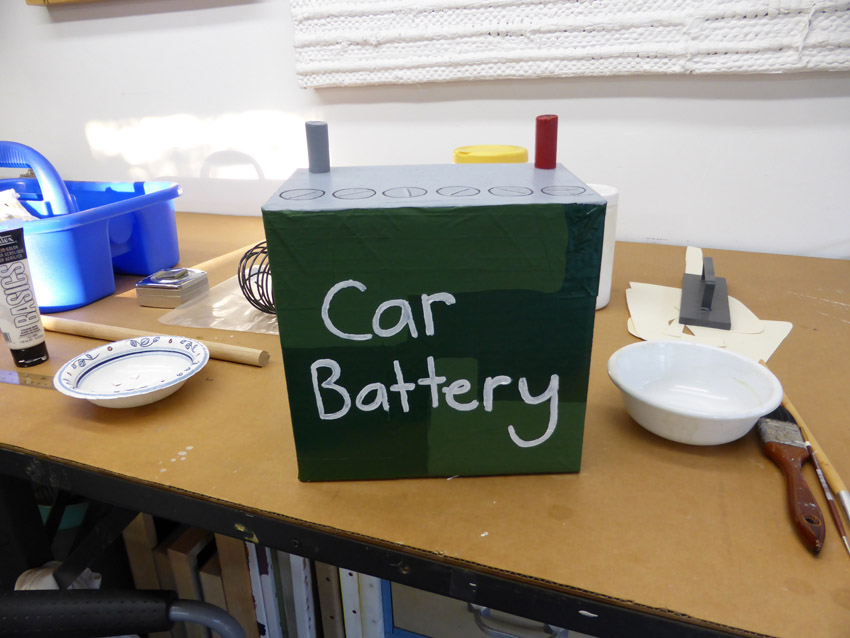 It’s going to be hooked up to the little vintage television I got off eBay. 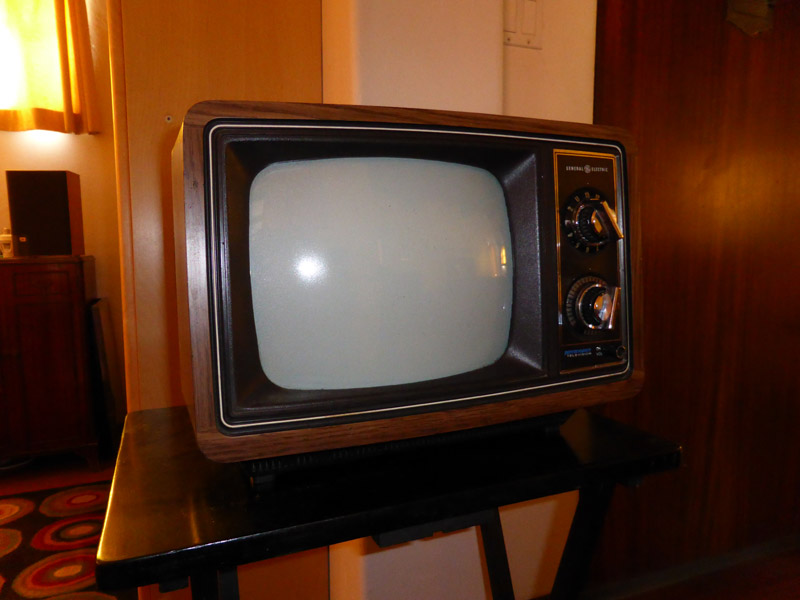 Both will be sitting on this great table I found at St. Vincent de Paul’s for 20 bucks! 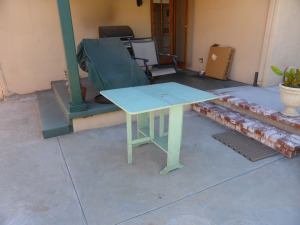 This thing is from the early 1930s and has its original paint on it too. It needed some repair when I got it, but mjp helped out and now it’s perfect!

I think I may have already shown the vintage lawn chairs, but if not, here they are again: 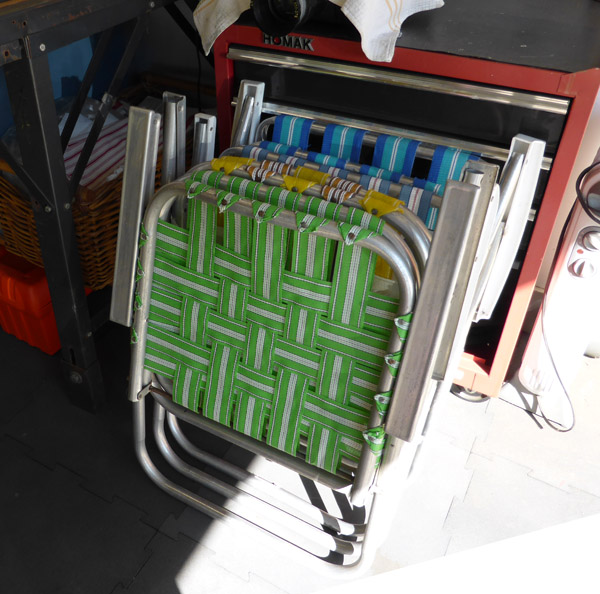 I got all four of them on eBay, but two of them were shipped and two of them I picked up in Pico Rivera to save on the shipping. All of them were super cheap. I got a great deal on on four! Viewers will be sitting on these while they watch the video on the little TV.

Other things have arrived that might not be so exciting to you, but they are to me, like the footprint for the tent. 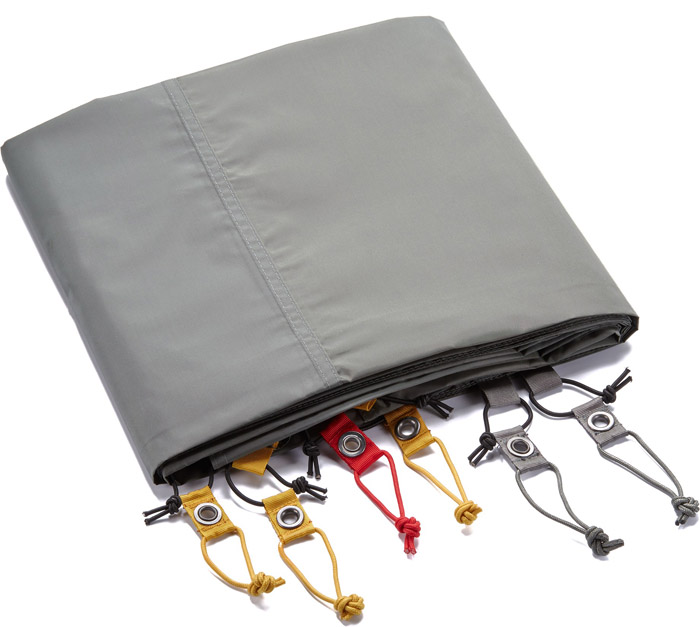 This goes underneath the tent to protect it so that the floor doesn’t rip, but I am going to have a carpet on top of the floor in addition to this. This will be nice in case people would like to sit on the floor to watch the tv. I will not let them sit on a used or dirty floor that’s not padded at least a little bit. But that’s not something I have purchased yet, but I know just where to get it – for cheap (and brand new too)! There is an outlet down the street from me and it’s the same place I purchased my own living room carpet. They even professionally sewed the edges there.

And I hope by now everyone knows what the tent looks like, yes? 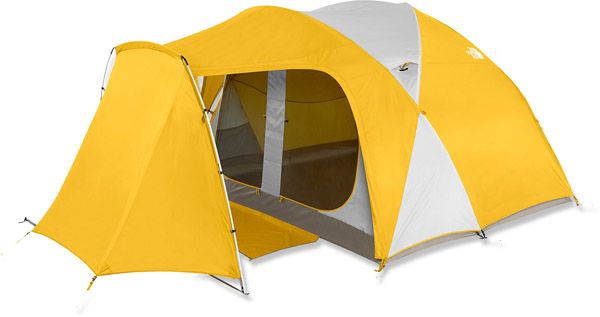 It’s a Kaiju 6 by The North Face, and this is pictured with the rain guard on it, which is how I will have it set up in the installation. It gives it a little foyer where I’ll be pinning up all my sketches and photographs (preliminary work and other ephemera) on the inside wall that faces the entrance: 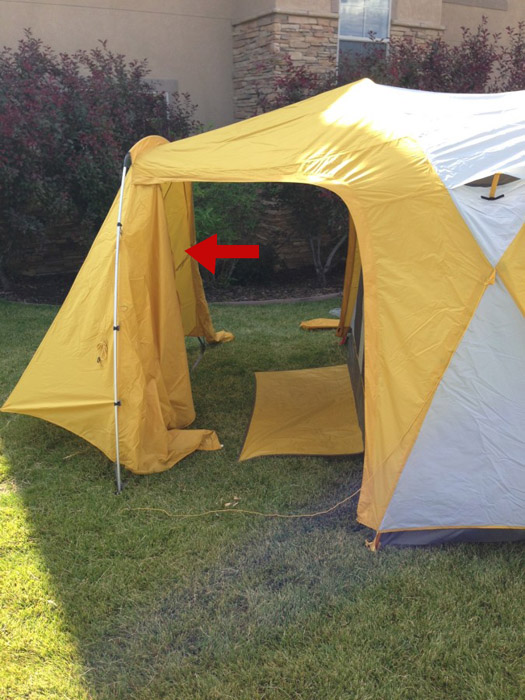 This is just a picture I found online and it looks like the “wall” I’m talking about has actually fallen down, but that’s where it’s supposed to be. I, however, will be taking great care in setting up my tent perfectly.

Another prop is a twin sized airbed and the pump to blow it up, but do you really need a picture of that? Good, because I don’t have one. I also don’t have a picture of the blankets and pillows I’ll be using either. They will probably will be coming right out of my cedar linen trunk.

I do have a picture of this snake and this bat though: 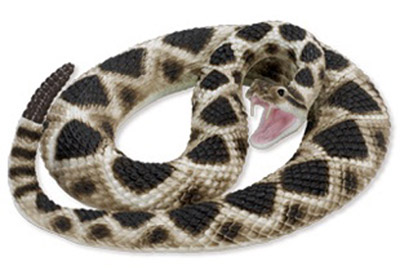 I’m not really going to tell you much about why I have those, but I will tell you that I also have little rubber ants that I had to paint red-orange so that they would look more like fire ants, and those will be inside the tent too!

And of course, there will be little pieces of junk on colored strands of yarn that will be present too. Those are the real “stars” of the show you know. I won’t show them to you here though, but I have shown some watercolor drawings of a couple of those already, so it’s not that big of a surprise.

One piece of equipment that’s ultra exciting though, that I must brag about, is this great little machine I got for looping the playback of the movie endlessly without hassle or flaw. It’s a Videotel industrial looping digital media player — something I am going to be needing not only for this show, but for future shows if I plan on doing more video work. 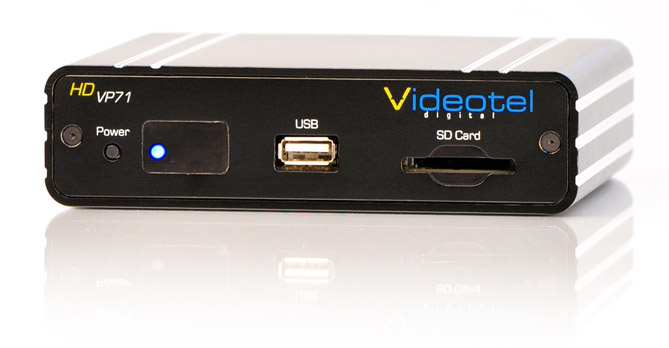 It runs off of a SD card format, or it can be connected directly to your data source, but I’ll be using an SD card. It’s designed to play 24-7 without even getting warm, and if it loses power, it just starts right back up again without having to touch it when the power resumes. It just begins to loop again automatically. It’s a magic little device.

All the electronics will be hidden out of view as much as possible because I want to make it look like the TV is really running off the phony cardboard battery, so I’ll be piling the Videotel and the wires into some milk crates behind the TV. 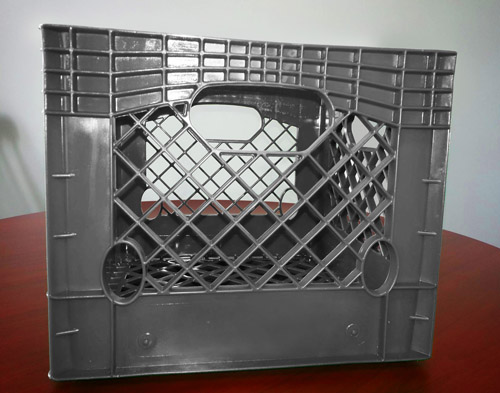 I’ll probably be using one of the crates as a bedside table near the airbed too and put a lantern and on it as well.

It’s all so very exciting, isn’t it now?