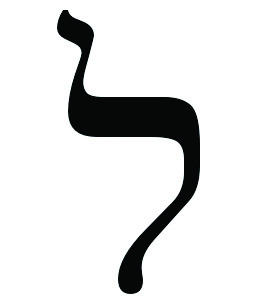 Believe it or not, I am still studying Kabbalah even though I have put my kabbalah paintings on hold.

As a matter of fact, I have been taking an extremely interesting class at my temple about Reb Nachman‘s last story of the Seven Beggars. I may have mentioned this before.

The story is so full of symbolism, kabbalah and Torah teachings, I wouldn’t know where to begin if I were to try to sit here and explain it.  Forget it.

I may have mentioned that before too.

But I can try to point out a little something- something that I found interesting about upon studying the Hebrew letter Lamed anyway.

So…First of all, I’m not going to try to explain what this means: 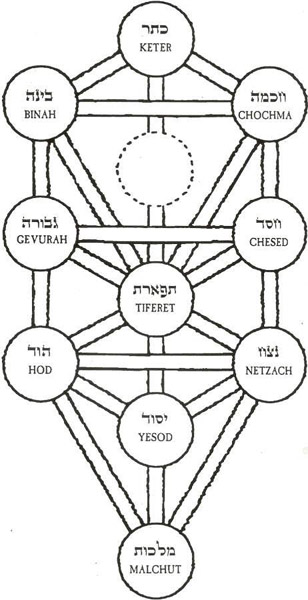 but it’s called the Sefirot in Kabbalah. It is, in a very crude nutshell, a diagram for the 10 emanations of God. That’s about all you really need to know so I can try to make a point.

The top three circles are so mind-blowingly spiritual with higher consciousness stuff that we humans can’t even comprehend it. That’s how up in the clouds it is, so to speak. It’s so above our consciousness, we just can’t touch it, let alone understand it. It’s basically unattainable rock star stuff that even Moses had a hard time believing when seeing.

Now, see the circle that has the dashes around it? That represents like a drop of hope to be able to brush against some semblance of one day understanding that consciousness above our own. And that circle is most often called knowledge.

Sometimes that circle doesn’t even appear on the sefirot diagram! That’s how elusive it is. And there can be a whole book written about the subject of knowledge itself, since wisdom is something entirely different, and many other avenues must be taken to even lead one to actual knowledge. Plus, most people aren’t even aware enough, open enough, have enough humility to learn, or realize that they don’t know jack to begin with.

But I am digressing just a little. Maybe even complaining since I was one of those people myself.

But I am giving you this tiny amount of background because of something that got me curious about lamed, remember?

Okay, so first of all, the full spelling of lamed is lamed-mem-dalet – a short phrase that translates to “a heart that understand knowledge.”

In kabbalah, lamed represents aspiration – the contemplation of the heart, and the literal meaning of lamed is “to learn” or “to teach.”

So, this got me thinking.

I also noticed that it is the only letter in the alphabet that goes above the line of the other letters. There are a few letters that drop far below the line, but only one that goes above it. Lamed. And this really reminds me of the circle in the sefirot where consciousness barely touches the worlds above our own.

That circle with the dashes around it partially sticks up above the line – that bar that essentially separates the upper and lower worlds.

[I mean — not in this diagram, but it’s supposed to! That circle is supposed to be higher up. A portion of the top of that circle should be above the top bar.]

And it’s interesting to me that the tip of the lamed is also in the shape of a yud (The Infinite Point) – revealing the spark of essential good that was subsequent to the tzimtzum.

By the way, a lot of people liken the tzimtzum to the Big Bang theory, which is a very interesting concept, especially since those intellectual Rabbis had no idea what in the world quantum physics were at the time they came up with the story. Quantum physics had not yet been discovered for centuries.

So all this symbolism and coinkedinks are coming up for me on my studies of lamed.

But I really think these two symbols are linked. At least that is what I am finding. And whatever I wind up finding in these studies are all I need — to help me find what it is that I need.

Make sense? I hope so. It sometimes doesn’t make any sense to me.

Also by the way, this photograph of this special joshua is on the Huffington Post Image Blog this past week.

ALSO: I just posted a new entry on Carol’s Bloggie.