Alright. At the end of my last post I was talking about how I wrote, then erased more of the significance behind the color palette that goes along with the alef painting because it was just too embarrassingly biblical.

I did this because I also thought that somewhere, someone would think I was nuts. But it started to bother me – my little fantastical theory. I knew it didn’t just come from me. I knew I either read it somewhere, or at least couldn’t be alone in my thinking.

So I did a handy-dandy Google search, and wouldn’t you know it, I found this article that also references the kabbalah book I have been studying that conveniently includes the theory. 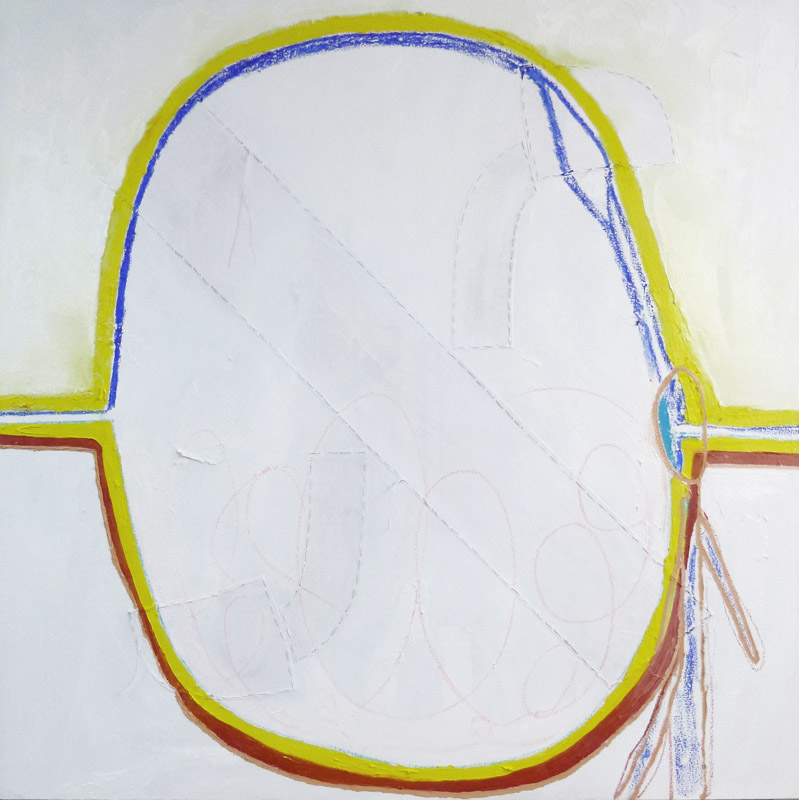 It about interpreting the story of Genesis a little differently, perhaps more correctly – based on the Hebrew texts anyway.

After the whole Tree of Knowledge scerario, when Adam and Eve are hiding from God and realizing that they are “naked” and all that, and of course I am horribly paraphrasing here, but there is a verse about God clothing them in coats of skins, or, “a garment of skin;” the Hebrew in that verse does not mean an item of clothing, like pants and a shirt, or a little leaf that goes over Adam’s peepee. It literally means a head to toe covering.

And because these people were apparently made in God’s likeness, it gave me, and apparently many others, the idea that they were made of light and perhaps these were their first skins.

Not that this matters. I mean, it does as far as the Torah can be interpreted – and that is pretty much endless, but I was just looking for a color palette and placement. I swear.

That is why the top line is yellow. It is God’s light. The light below is the same yellow because we were made from the light of God.

Between the two bands of yellow is the Firmament (I’m not finished with this part: those are the cobalt blues and turquoises).

Below the lower light is red – for the blood of man as it fades into a flesh tone, which I still may darken for both aesthetic reasons and historical reasons.

It’s too much I tell you, but you asked.

That’s right. No you didn’t.