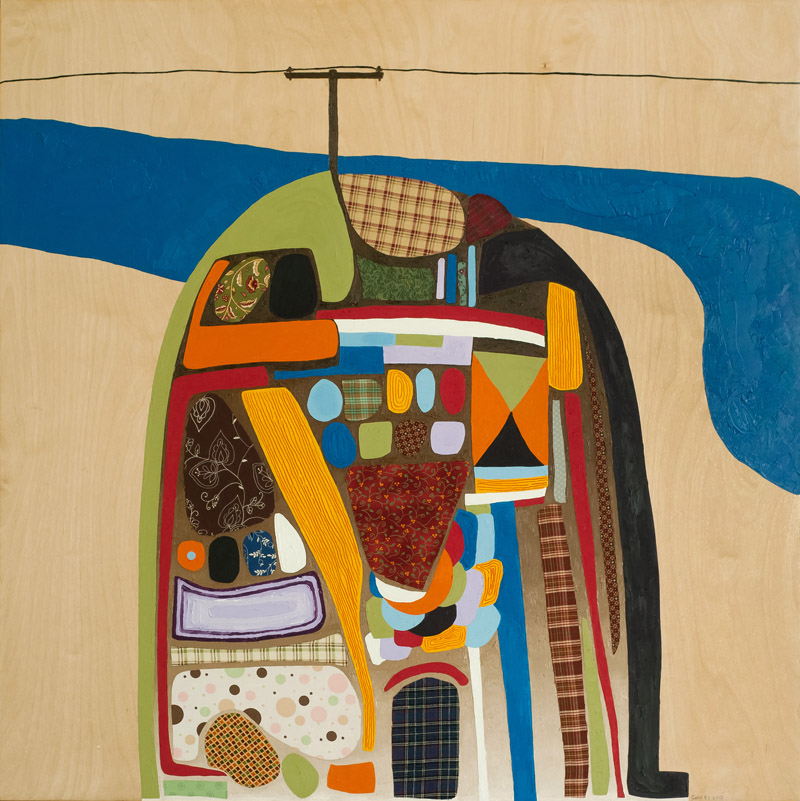 Lots to tell. A few more changes, like the dates on my show for one thing. The opening is now March 21st, not the 19th as previously announced. The reception too is also on March 21st, which is a Saturday from 6 to 9 PM. You can’t miss it, unless you have a really good excuse. If I have to go, then you do too.

There is going to be a lovely catalog printed by Shulamit Gallery for the show that will not be available at the reception, but shortly thereafter because it’s going to include installation photographs as well as all of the paintings from the exhibition.

This is in addition to a limited edition DVD package that will be produced of the movie, Up to Now, as well as a few extra bonus materials inside of it which can be ordered at the reception. It is still in production and the final packaging won’t be available to see by March 21st, which is why it will be on order.

I also announced on my other blog that I won the Wynn Newhouse Award. That is some big and exciting news! There is going to be an exhibition of all the winners at the Palitz Gallery in NYC, and I am really excited about that. It seems like things are just going great for me right now, so I’m loving it while it lasts.

So all the paintings for Exodus are now completed.

Yeah, you heard me. I can’t believe it either. This doesn’t mean I’m not still busy though. I’ve been on the movie with Jonathan and Susan, while finalizing LOTS of details, both with the gallery and within the installation itself. Lots of drawing type stuff is actually what I’ve been doing. Some of it is for the movie for animations and some is for the installation.

Here’s an Earth I did recently: 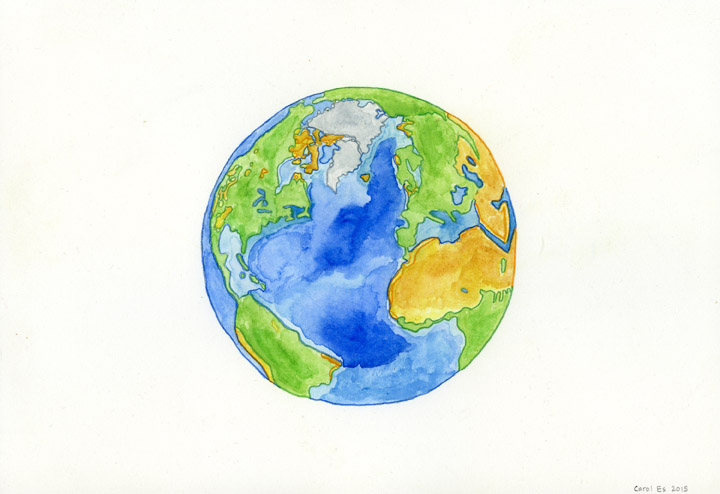 That’s for the movie.

You’d think the movie would be done by now but the truth is, the more time we have with it, the better we can make it look, so we are milking all the time we have on it that we can and we’ll probably be working on it right up until installation day if we can.

I think I was working on the painting up at the top last time I posted, which is called Round House. It is 36 x 36 inches, but I was also working on the one with the drum set in it too, which is also finished (Drum Lab): 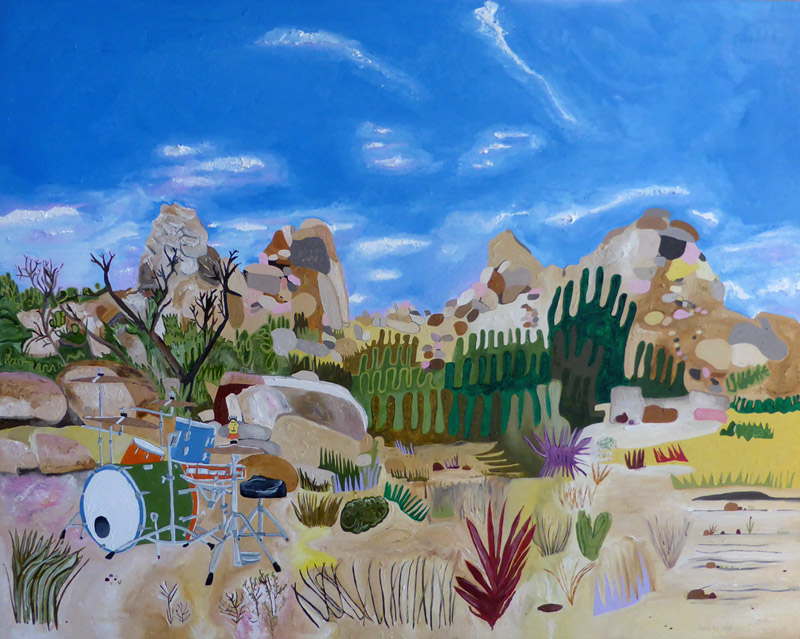 I’ve used this image for a postcard that I will be sending out for the show, but we’re mostly doing email invitations – the way of the world these days. 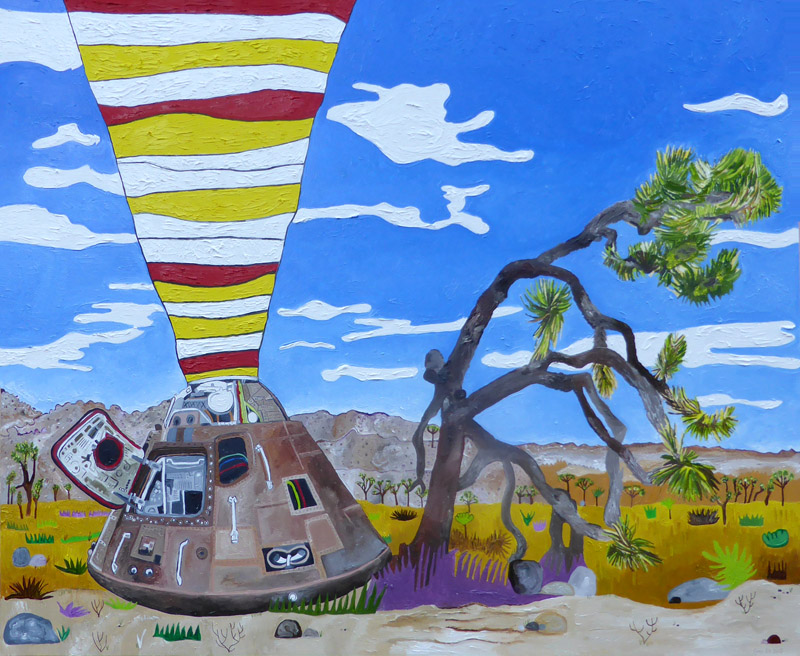 I’ve already posted most of this info on my other blog, so I’m repeating a lot of this, but I haven’t updated this blog in a while. I don’t know who reads which, so excuse me if this is repetitive.

I started this post yesterday and I was going to be observing Shabbat, but I ended up working today. In fact, I wasn’t able to sleep very well last night and woke up at 4:30 am and wound up reading feed updates on Facebook of all things. I don’t even really like Facebook (because it overwhelms me). I didn’t get back to bed for about an hour because I started to think about all the work I had to get done in the coming hours. This happens to me sometimes.

“I have a lot of anxiety” is actually the first line of my movie as a matter of fact. It’s so true. But I think once the show is finally set up and ready to go, I will have a lot less anxiety and a lot more happiness that replaces it.

At least I sure hope so.