Just been working in the studio on and off. Thought I’d say hello to my blog.

It took me some time to make the five journal sketches for the aleph painting. Seems pretty silly to spend the time when I’m going to be covering them up with paint! But I’ll admit, I did sorta keep that in mind while I was doing them. It was in the back of my head anyway. 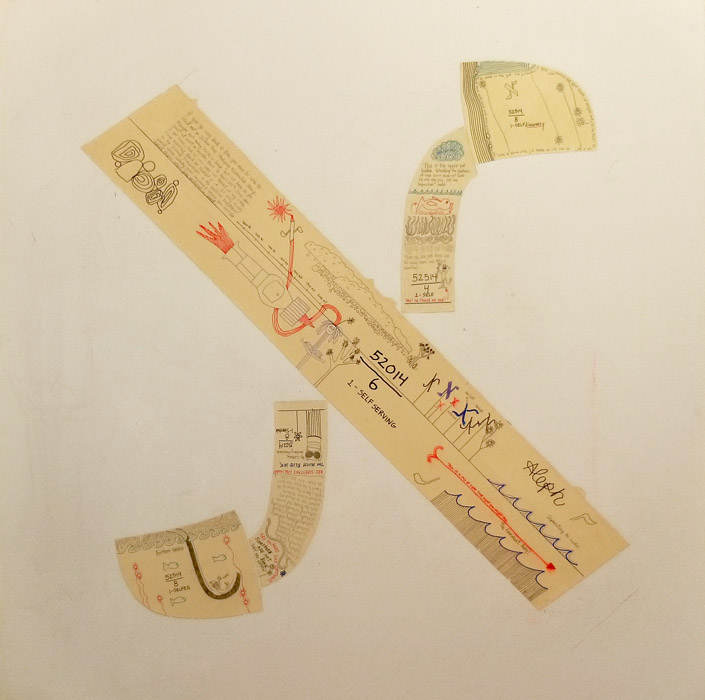 I think they still turned out looking the same as always, but at first it was a little bit hard to get back into the swing of things. They always say…or someone said, inspiration will come to you, but it has to find you working. Or something like that. And so it did. After the second or third piece, it was like I was doing journal drawings everyday again, and it made me want to start that practice up again too.

A couple of the drawings have to do with the project and a few of them don’t. One of them is about snakes and Sleestacks for some reason. Don’t ask. I have no idea where this stuff comes from, but I’d like to do more, more, more.

Oh, if only more time existed on the Earth.

So, I stuck those drawings onto my canvas. This is a 34 x 34 inch canvas and I used a clear, matte acrylic polymer made by Nova Color when sticking these things on – I use it when sticking anything on to my canvases. It’s pretty thick and pasty stuff, sorta like cake frosting. It goes on white and dries clear, as you can see. That manila paper I’m using is #125, so I do need strong stuff that’s going to brush on evenly to prevent air bubbles and such. This polymer stuff is great for collage.  You should look into it if you do collage. 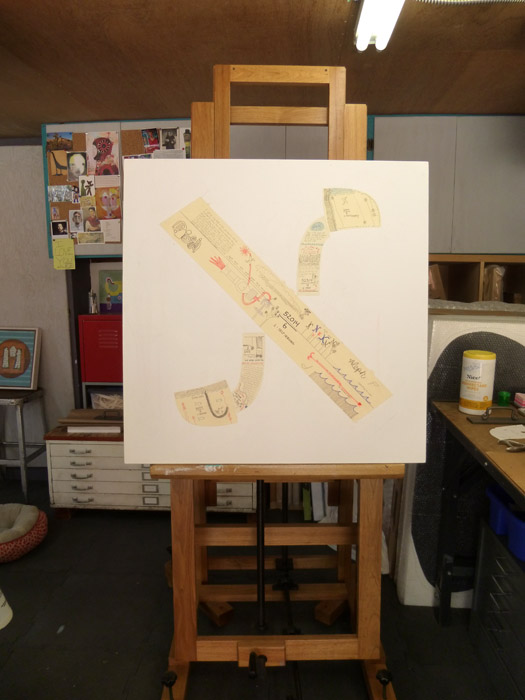 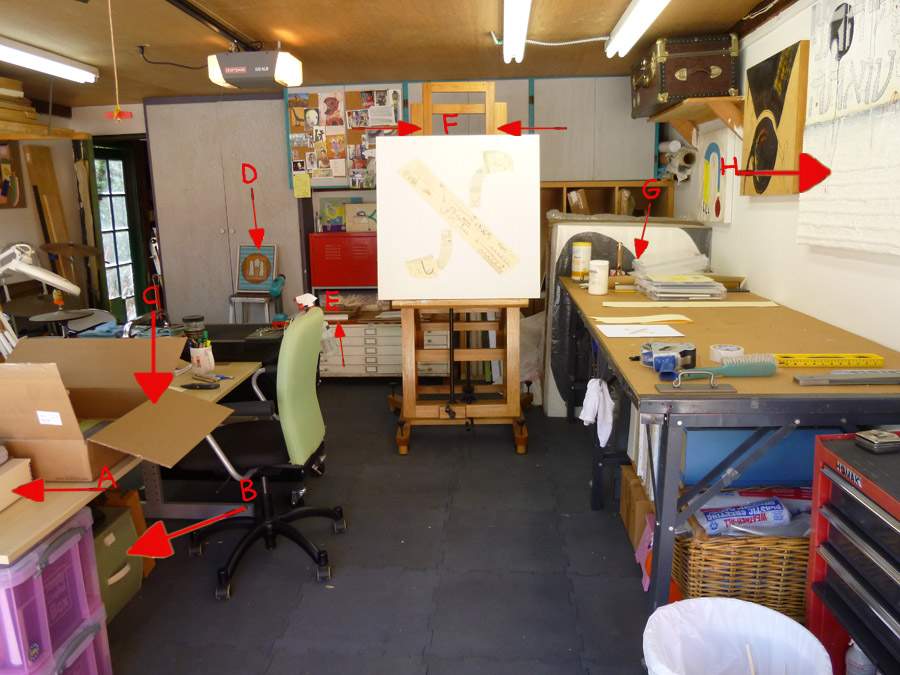 A. Like this box of photos. They don’t belong in the studio. They are supposed to be put into albums. I meant to do that in memory of my aunt, but I just don’t have the time for “extra curricular” activities these days.

B. That’s a box filled with Ethereal Research Laboratories Etherecals, Bacterribles, and Imaginodds that still need to be shoved into Erlenmeyer flasks.

C. A Blick return I need to pack up and bring to UPS.

D. An older work that needs special packing because of the pins sticking out of it. It needs to be packed up and put away before it starts to get dusty.

E. Those are two small white panels I’m supposed to do pin drawings on. They are pending commissions!

F. I need the top to that. I just need to fish it out and stick it back on there. I’m pretty sure I know where it is.

G. OMG! How long has THIS been like this?! This painting has the weight of a few of the same size paintings leaning up against it. Did I explain that correctly? It is facing the wrong way. The canvas side should be facing away from the table so that the weight distributes evenly. Now I have to move it all and it’s a bigger pain than it might seem.

Here’s the thing with this space. Pretty much everything needs to be put away in its place in order for me to have the space to work. I’ve found that I can’t really work on more than one painting at a time unless I want to be up to my knees in clutter – which I’ve done before when I’m really into things. I suppose I can let it ride. But I like to start with a clean slate.

H . That painting is white (obviously), and needs to be wrapped up and put away. (I had it out for a studio visit.)

Well, that’s what happened when I downloaded this picture from my camera. It sucks to be me.

Anyway, I put the first very light layer of white over the drawings, but you can hardly tell. 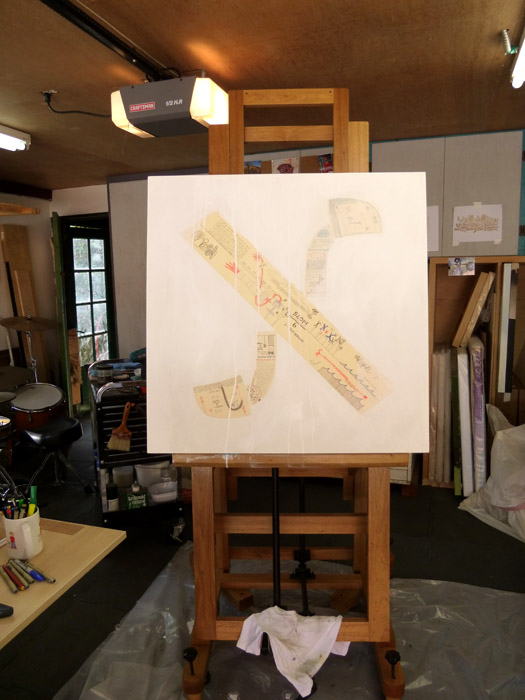 Later today I’ll probably do a really light beige in some areas and see what happens there.

I should do it before the day ends because tomorrow I’ll be receiving the Dan prints and will most likely be working on painting those new À la Dan Kabbalah and Special 16 Dans.