I’m pretty sure this will wind up being a cross-post both at the esart blog and the Exodus blog since I’m going to be talking about, and boring you on the process on the paintings that are about to come…

As you might know, I still haven’t put paint to canvas. This has been depressing, yes. However, it has given me lots and lots of time to think and plan. Not always a good thing, but in this case it’s kind of great since I need to be careful about building the foundation/surface to paint the spontaneous on top of. It’s like the best of both worlds really. I get to be a control freak about the under layer, and then I can let my freak flag fly on the top layer!

Now, there are a dozen reasons why I haven’t began the process. I’m really not procrastinating. Ask any artist and they will tell you that almost 99% of the work happens in our heads. The follow through is the easy part – sometimes.

A while back, and even in my Kickstarter story, I mentioned that I have a whole “sketching process.” Well, it’s not that it’s “so” complicated or anything, it’s just that I have a few different approaches. It depends on which sketchbook I use, that’s all. But if I’m working on the Journal Project, that is a completely different animal all together. Overall, it’s not like I do a rain dance or something intense like that.

The Journal Project is kind of intense though. It has the most ritual anyway. And as random and as stream-of-consciousness as it is, it has the most “rules.”

I got these rules from working in the garment industry. Traditionally, you can’t mark a master pattern with anything but black, red, blue, and sometimes green, ink. Pencil is okay for notes, but not for anything permanent. And certain colors mean specific things: industry standards.

Every pattern is to be stamped with a style number over the size with a line that separates the two. That’s to be in black ink. Then it should be indicated whether it is 1,2,3, or 4 self. Once in a blue moon it is 5-self.  That’s how many layers of fabric will ultimately be cut. All of that that is marked in black.

I don’t have a style number stamp anymore. My dad got rid of all his marking supplies at some point and I don’t know why. Probably because I told him that I really wanted them for art and to please save them for me.  So her probably threw them away. He was kind like that.

Instead of having such a stamp made for myself (they are truly pricey), I just write a random style number in with the thickest black pen I have handy. That is supposed to be the biggest thing on there. And they are not as random as they might seem, yet my system is not hard to figure out either.

The color blue usually indicates that the pattern is a lining, and red usually means they are button hole markers. Green is rare and I think it’s only for very large patterns, like a complicated jacket with a lot of pieces where differentiation is required, like different fabrics.

I obviously do not keep to any of these rules because I’m not making “real” patterns that are going out for manufacturing. I do use stamps though, just not industry stamps. I have some Hebrew alphabet stamps, and some bugs, and a few others, but I don’t always use them.

Mostly, I cut a pattern by hand, notch it, then, I write or draw whatever is in my head at that very moment. They are completely unplanned and uncensored. Sometimes they make absolutely no sense, and sometimes I am apparently angry at the curator at such-and-such museum for how she spoke to me on the phone. I do not hold back. I could probably get myself into trouble with people in the art world or even friends if someone were to actually stand around and read every single one of these when they’re installed.

They are installed with 50-100 drawings at a time, depending on the space. Whatever looks good.

So that’s the Journal Project.

Then there is my drum set sketch pad, which is nearly finished now. I think I have less than five sheets left in there. This was a gift from my friend Kelvin Bufkin. He also collects my work and is a really nice person too.

I’ve used this book on and off because I like it so much, I didn’t want it to “end.” It’s the perfect size, and  it’s been good luck too! I only use my trusty Space Pen in it for fast sketches, and a good many of them have wound up to be paintings, or still will be. 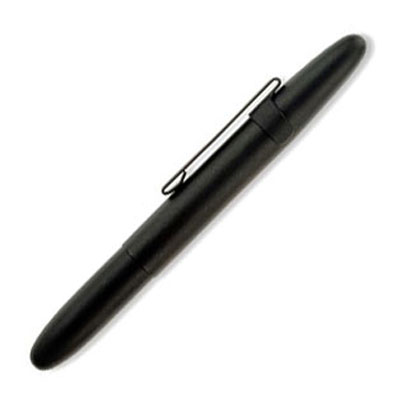 I also use this pen strictly for my little pocket-sized moleskin notebook. 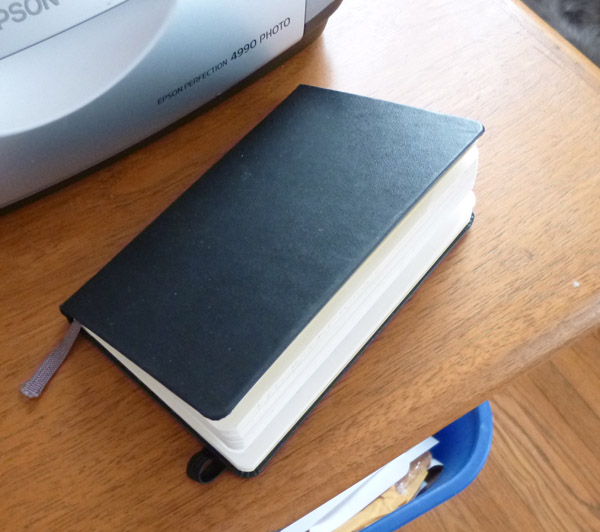 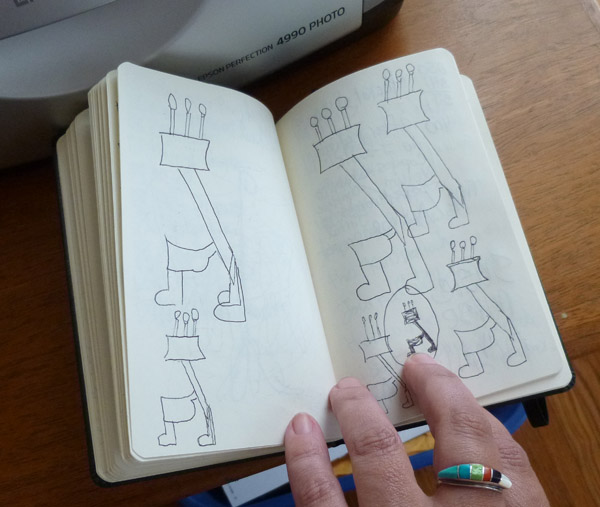 I keep this thing by me at all times, even by my head while I sleep!

Then there’s my Eye-book, a sketchbook method I learned from Ellie Blankfort that changed every way I have thought about art.

I have disclosed a lot about this method, but I can’t disclose any more than I already have or else it is like giving the farm away for free. I should respect Ellie’s business. I mean, I could ask her. She’d probably say, “go ahead! blog all about it,” because she is gracious that way, but that’s not the point.

It’s not just the way you “do” this sketchbook that matters, it was the way you, or I rather, have been counseled though it by Ellie. That is really the key ingredient. The relationship I have with Ellie is what makes the sketchbook work the way it does. 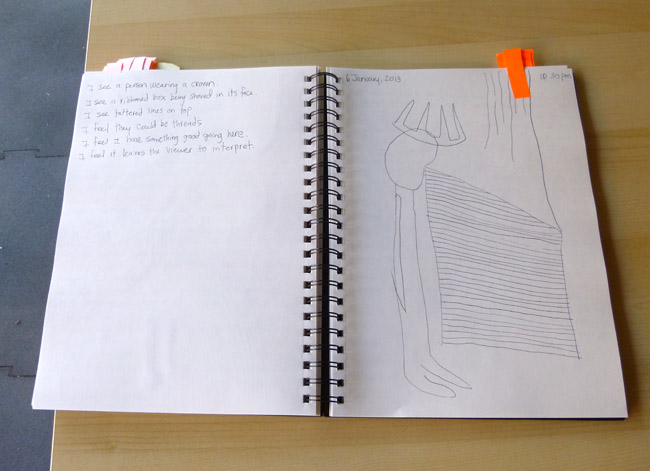 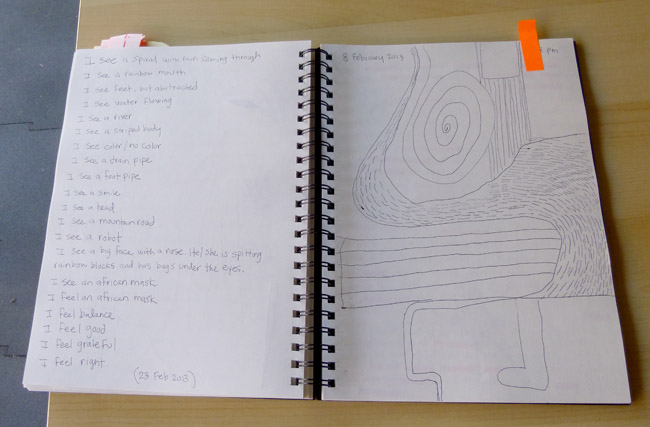 By the way, the above drawing became the bottom painting: 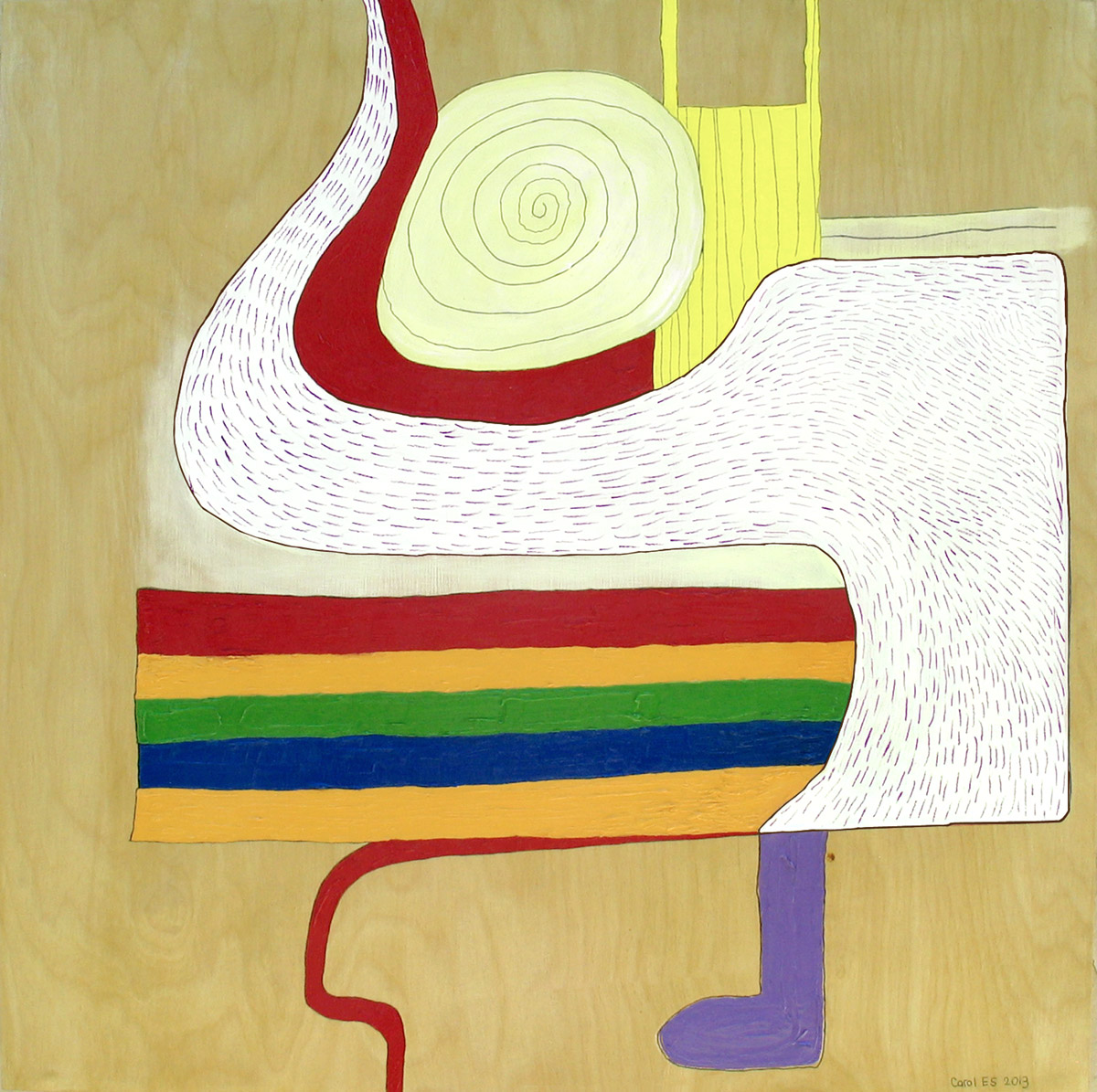 The Eye-book above is from last year and the one I am using now is square, which has been exciting since I love squares (uhh obviously!) — most all of my paintings are square.

So, now that you know my sketching processes, I want to talk to you about the under layer of these new paintings I’m about to do. I feel like I have them totally figured out, but they are going to be time consuming. Once I tell you, I’m going to have to show you, and if I don’t show you, that means I’m officially procrastinating!

Not really. I am working on these paintings, just not with paint yet. I’ve had to trace out about 30 different pattern shapes into Photoshop so I can move them around on the screen instead of all over the studio – because I just don’t have the room in there. I’m trying to fix them into Hebrew letters, and this was the easiest way for me to do it.

Well, while doing this – because I traced out pieces from the Journal Project for the shapes – I realized that using journal pieces instead of plain pieces would look way, way more interesting, even though I had planned on covering it with paint. Instead, I can just cover it a little more translucently.

Despite the fact that no one would ever be able to read or even see the words or the sketches, it’s still going to look better. However, this is going to take a lot more work – more work than I had originally bargained for.

PLEASE bear in mind that this is a PHOTOSHOP mock-up, not a painting, but this is the gist of what I am going for, in essence: 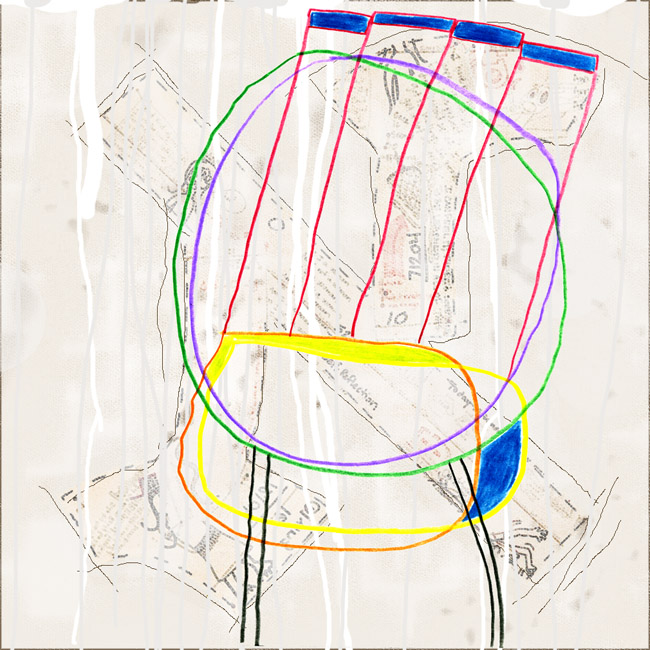 So, for now, that’s as close as I can relay my vision as I possibly can. I hope I was able to explain it right without putting you all to sleep.

But wait! There’s more reason why I haven’t started this yet – since I’ve only figured out that I am going to make the pattern pieces Journal style on Sunday.

Yesterday I called Nova Color to find out if the transparent medium that I usually use to adhere the pattern paper to the canvases could actually be used as a sealant for my birch wood panels. I’d like to see if I could maybe do some of these on the panels as well.

This has been tricky business now – since I am not used to going this way with my panels. I have always  sealed them with a shellac/DH alcohol mixture, then painted over that in oil and kept a lot of the wood showing.

Right now, the backs and sides on most of the ones I have are already sealed. Some are even fully sealed, so I’ll have to sand the surfaces down on those. Either that or just not stick anything to them. Just paint them as I normally do. But I spent the weekend trying to research how to deal with this whole thing because I want to use a transparent acrylic support. I’m just not exactly sure I need it to be transparent. I mean, why? Am I going to let the wood show through on these new paintings? Am I abandoning all that? I need to decide. Can I let go of that beautiful wood grain?

Maybe I should just start with a canvas.

Another thing I realized about sticking the pattern paper to the panels in particular, I obviously can’t sew through the panels like I can the canvases. I am going to have to stitch the paper before  I stick them onto the panels. This is so I can have thread stitched around the outside of the patterns.

In essence, that’s really the same amount of work – the stitching – it’s just that one will be through the canvas – where I have to walk back and forth (from the front to the back of the easel), and the other – where I have to hand stitch paper in my lap or over a table. Makes no dif to me really. Actually, I prefer the paper stitching. I’ll get to sit more.

But doesn’t it sound like doing these on panels all in all are a pain in the ass? I already know it’s going to work perfectly on a canvas. We’ll see, right?

Are you asleep yet? Wake up!!!