Well today was my very first official day here in Joshua Tree and it was eventful. Or at least as much as I could make it. I think it might take me a day or two to get the hang of it here and shake the city off, plus I still spent the morning setting things up since I didn’t really do that yesterday.

When I got here yesterday, I just sort of put everything where it needed to go in each room and/or house. There are three buildings here: a main house, an art studio, and a writer’s studio. This morning I actually unpacked my materials and put them where I thought they needed to go in the studio, and I spent some time trying to figure out the video camera.

I guess I never told you about that whole thing.

The loaner they gave me was not working so I had to go back to the shop and they gave me a totally different camera. A Canon that I do not know how to use, so now there is a big learning curve here. I am trying to study the manual to this thing as well as the Torah!

And to catch you more up on yesterday, remember when I said I was looking out the window at this great little scene as I was dozing off on my nap? Well, I was able to snap that picture this morning when I woke up before my studies. 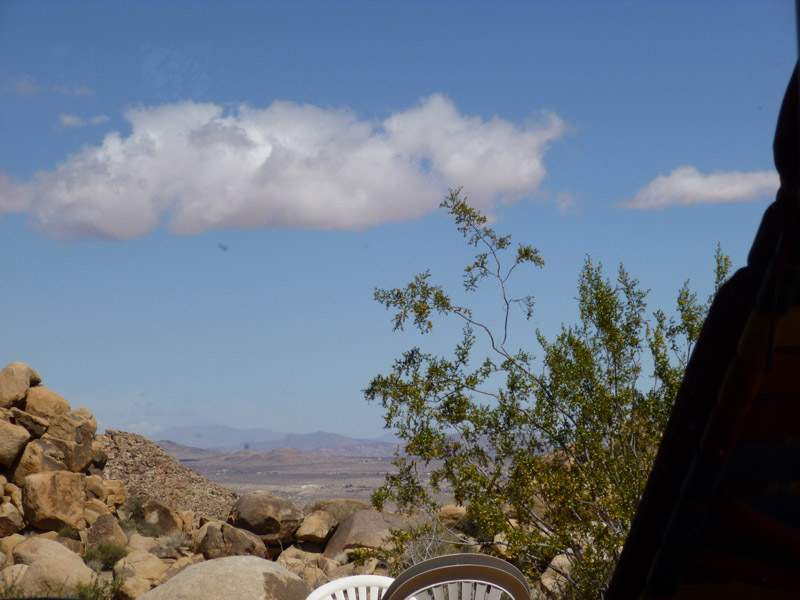 What you can’t see in this picture is the chaise lounge to the right. It is from the 1970s and is one of those metal sorts wrapped in thin, colorful plastic bands that coil around the metal poles. The color is really contrasty against the natural landscape, so I want to do something with that.

Once I snapped the picture, I took my dog for a little walk after my coffee, and came back to study the Hebrew letter Aleph. I did a lot more studying and meditating today than I did any drawing or taking notes – although I did that too… 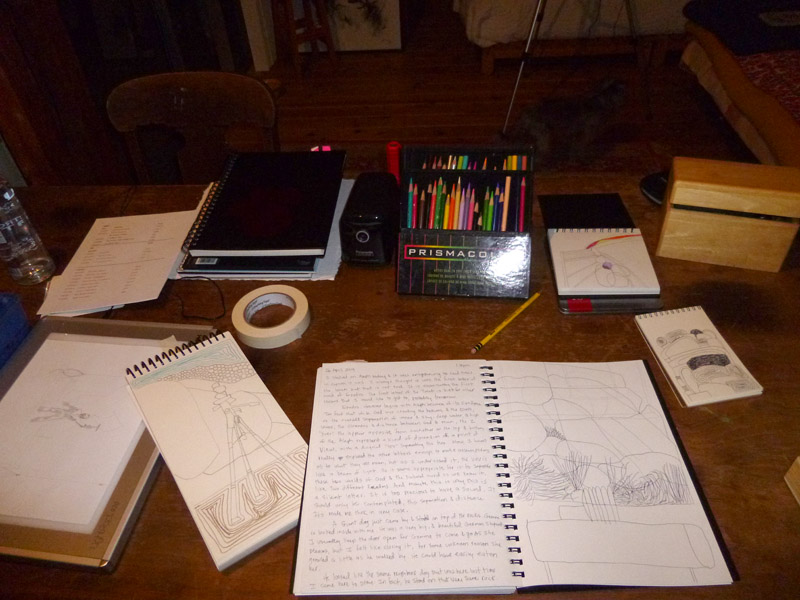 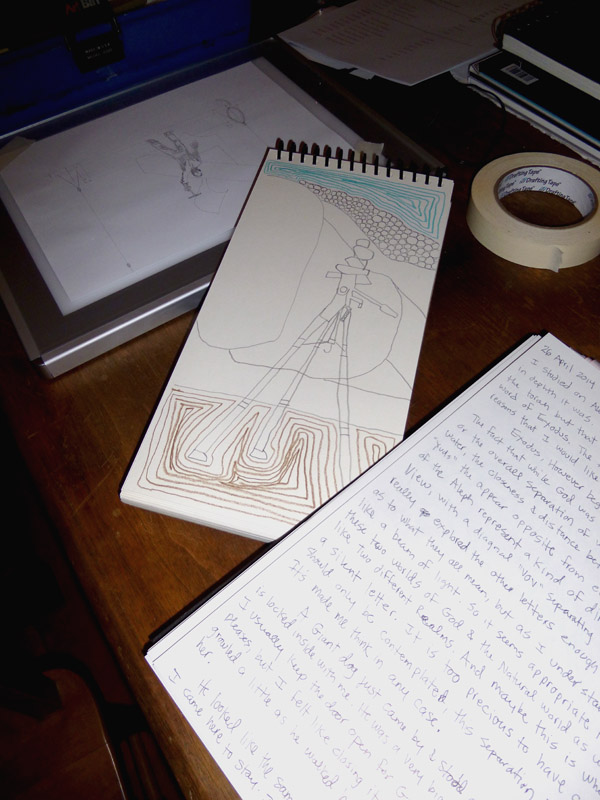 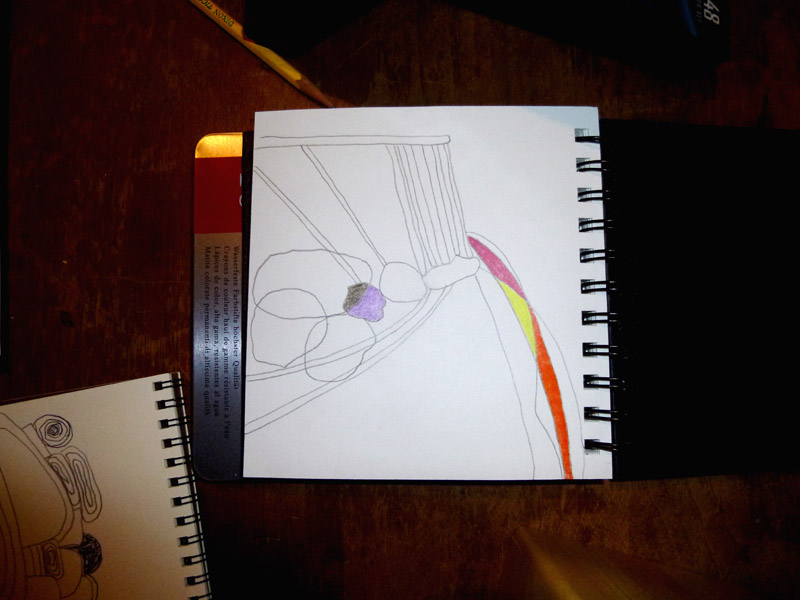 I just did a lot more studying about Aleph than I did drawing, and I hardly took any pictures outside.

But I did take a lot of notes, and I came to a lot of realizations and learnings – many things I never knew about Hebrew and the Torah in general. Maybe other Jews know these things, but I didn’t, and now I know.

As you know, I am a novice at this Kabbalah stuff, but I know that Yud has something to do with a position or a distinct point of view, kind of like a dimension. An Aleph is two Yuds opposite each other on the top and the bottom and separated by a diagonal Vov. I am pretty sure a Vov is like a ray of light.

But in Exodus, something interesting happens there between God and Moses, and even within that fire, which I have kind of determined to be that ray of light, as the “Vov” in the Aleph, where the high and the low worlds meet. And maybe I am stretching, but what Kabbalaist isn’t doing that? And anyway, this is why (I think) Exodus begins with this very important Hebrew letter: Aleph. Maybe that is also why it is too precious to have a sound, as it is a silent letter too.

Or maybe I’m just on too much mescaline today.