Tomorrow morning I’ll be getting back to work. I’ll be studying the letter Chet, but not tonight. However, I have to admit that I skimmed the pages just a little bit and something caught my eye that was too much of a coincidence not to mention. It said, under “Worlds:”

How weird is that? You know, today being the day after Shabbat and all?

Well I thought it was a coinkeedink.

But that’s not what I am going to be talking about tonight. I wanted to talk about a couple different things, that is, if I can get them out of my head fast enough before I lose them. Before they fly off into the ether.

One of them is about my work out here. The roadblocks I have been running into and the things that have been out of my control. I have finally come to a point where I (I think) I can actually let them go. They are out of my control after all.

I have just been feeling a lot of pressure, perhaps I have mentioned before. I know I put this crap upon myself. It’s just that so many people have supported me on this endeavor and I feel that I need to work hard. I’m just not very good at giving myself any breaks.

But one mistake I have made before coming out here was the “daily regimen” I created. I don’t know what I was thinking!

My plan was to have my coffee, then:

And that seemed reasonable to me. In fact, it seemed like a mellow day, like I could even fit in a nap or something.

Nope. I was totally kidding myself – and as usual, out of my cotton-pickin’ mind!

So far, I have been lucky if to squeeze in four or five of these things, and there hasn’t been time for naps. Forget it! I don’t know where the days are going. I think they are mostly going towards studying Kabbalah, formatting these way too long blog posts, and maybe a lot of writing too. And I mean lot of writing. Not that this is a bad thing. Writing is how I organize just about everything that is in my head.

In fact, I feel like I am getting a LOT accomplished, it’s just not “per the agenda.” It’s not what was scheduled! But that schedule was all self-imposed. It’s just that I kinda-sorta self-imposed it publicly.

You guys don’t care though, right? You understand that this is all a big long process.

It is a process! And so much is out of my control. Maybe it’s a good thing?

The camera, for one thing. I was so frustrated about it. I mean, I can hardly work it. I found out yesterday that it won’t charge! And the wind! The wind has finally calmed, but the camera won’t charge. So, trying to get footage – which has to be silent by the way since the mic won’t work while the camera is plugged in (remember the 60 cycle hum?), so I am looking for plugs all over the property.

That means I can’t venture off very far. So there you have it. It just sucks because I’m tethered to a short extension cord. Oh poor me.

So anyway – all of this being out of my control, I’ve meditated on it, and I just LET IT GO! …A little bit anyway. Ha!

And a lot opened up for me.

Inspiration for one thing.

I am so inspired about the installation. Did I already tell you that it’s just going to be a tent? No more stations like in the original plan. That’s all gone now.

I have streamlined the whole thing.

The tent is the theater for the film.

It’s going to be all about the film, which hopefully, is going to kick ass! It’s just a short, but you never know, maybe it will be something special. I have my hopes up. Now anyway.

The film will be about 15 minutes. Damn, have I mentioned this before? Am I having Deja vu? I’m probably just going crazy, as usual. The film is going to be about THIS. All of this. If that doesn’t make sense. It will eventually.

The tent will be covered in as much ephemera as I can possibly make: sketches, drawings, watercolors, notes, post-its, typed stories, blog entries, other people’s stories (please send them in!), photos, reference materials, just everything – all pinned to the outside of the tent.

The tent I really want is way, way outside of my budget, but I will make due with one within my budget UNLESS I can find the one I want on Ebay. This is the one I really want: 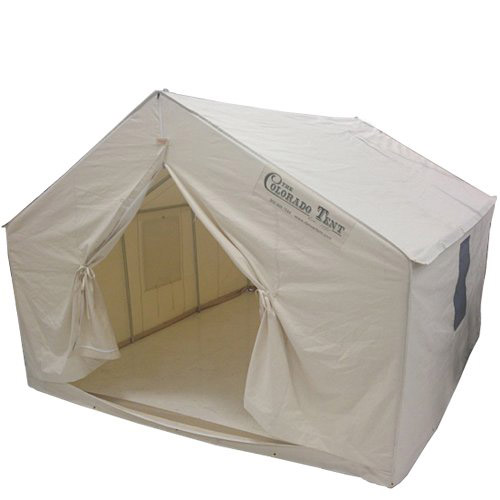 But this thing is like $1200! I only budgeted $300 for a tent. I will find something that will work. I just like the aesthetic of this one, but I bet I can find a white canvas one in my budget because I am resourceful like that. 😉

I have also been thinking a lot about the paintings I am going to be making during the year once I get home and I am very excited about those. I pretty much know what I’m doing and it’s going to be different. Some people might not like it at all, but that’s the risk I’m willing to take.

Anyways. Those are the going plans for now.