I see a red door and I want it panted black.

Words from one of my favorite rock n roll songs that I always thought was political, but it’s not. It is, according to Mick Jagger, about a young girl’s funeral. That’s good enough for me. It’s a dark song. I’m the dark and brooding type, so it works.

But I started to sing this because of the door. I suppose I could have sung Paul McCartney’s (Wings) Let em In, but that is just so upbeat! You know, because of Paul. Paul is a bit of an optimist. Not that there’s anything wrong with that. It was a good thing he was actually. It was a great balance for the Beatles and it made for the most perfect songwriting duo known to mankind. I was just more of a Lennon fan myself – for the very reason that Paul was a bit too much of a fluffy cloud.

But anyway, that door. Dalet is the door to the house, or rather, the opening to the house. If you’ve been following my blog, I’ve been studying the Hebrew letters and the Kabbalah.

The Dalet also represents the poor man that the Gimmel is running after to give charity to.

That sounds pretty funny that you would have to chase someone down to give them money, doesn’t it?

Remember I said before about how I have certain people in mind when I think about the Gimmel? Well, this might sound strange, but I think about the part of my relationship with my brother that has been strained in the past – although lately it has been quite healed – but I have thought about him as a Gimmel and about me as a Dalet, but not in the same context. I don’t think of him running after me. That’s not it. It’s hard to explain. …Trust me, he’s not running after me to give me any charity.

Like I said, it’s hard to explain, but what I can say is this: there’s actually a verse in Matthew that goes: “it is easier for a camel to go through the eye of a needle than for someone who is rich to enter the kingdom of God.”

Now whether you are a Christian or a Jew, or nothing in between, there is something to be said about that. I think about that verse a lot, as a “poor man” and as someone that usually runs away from charity! Ha! Yet, here I am in Joshua Tree on this quest, because of the charity of my friends and supporters. A charity of sorts anyway.

And speaking of mitzvahs, and the Dalet, here we go, right? Trust me, this ties together I think — into the poor man, the rich man, and in my mind, which has the bigger ego.

The Dalet has a lot to do with the consciousness of the ego, because many times in life we think that when we achieve big successes, it’s all about us. It’s all about how powerful we have become on our own alone. And we forget about this free will thing. That goes right out the window. We don’t give God any thought when these great things happen, yet we sure get pissed at him when the bad stuff occurs. (How could God let this horrible thing happen to me?!)

We seem to acknowledge the God presence in times of struggle. I know I have noticed looking around for God during those times, probably every time. That’s when I need it.

The Talmud describes a situation where one man is carrying a heavy object and another man appears to be helping him by placing his hands under the object, when in truth the first man is carrying all the weight. The second man is referred to as “a merely apparent helper.” So are we, explains the Ba’al Shem Tov, in relation to God. Ultimately, all one’s strength comes from Above. Free choice is no more than the expression of one’s will to participate, as it were, in the Divine act. One merely places one’s hands under the weight carried exclusively by God.

Okay, I’m almost done with all this religious stuff. Well, I am done. I just wanted to say that I went down the biggest rabbit hole today when studying because I didn’t know what the Zohar was. Now I do!

Now for what I did in the studio today. Nothing!

Okay, I did some sketches, but not many! It was really a study day. Here are a few. I worked on a watercolor for a long time, but I don’t know how I feel about it yet. 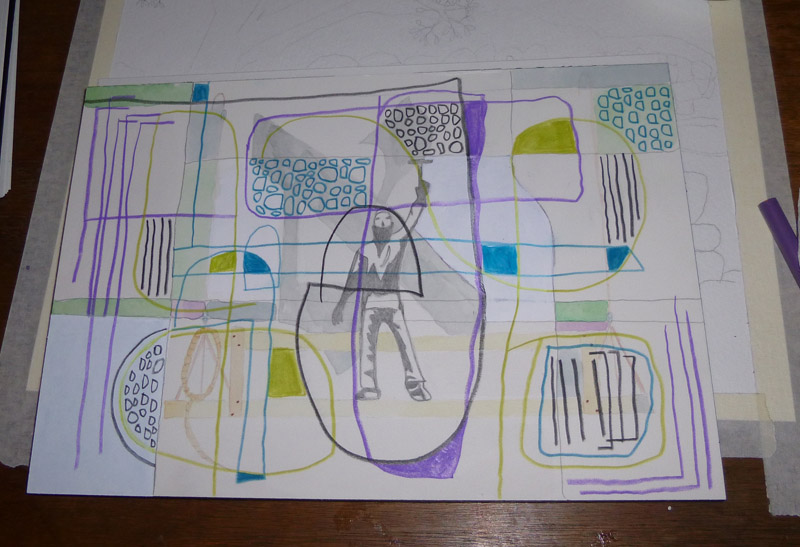 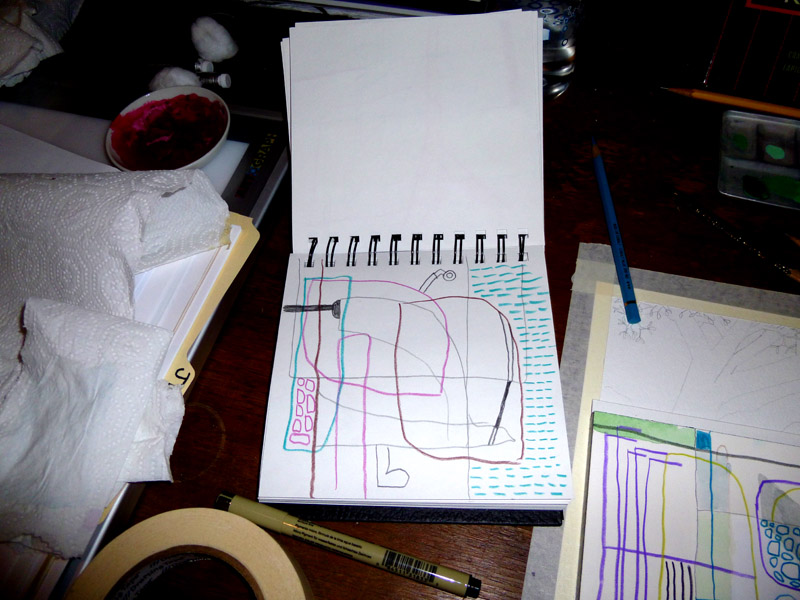 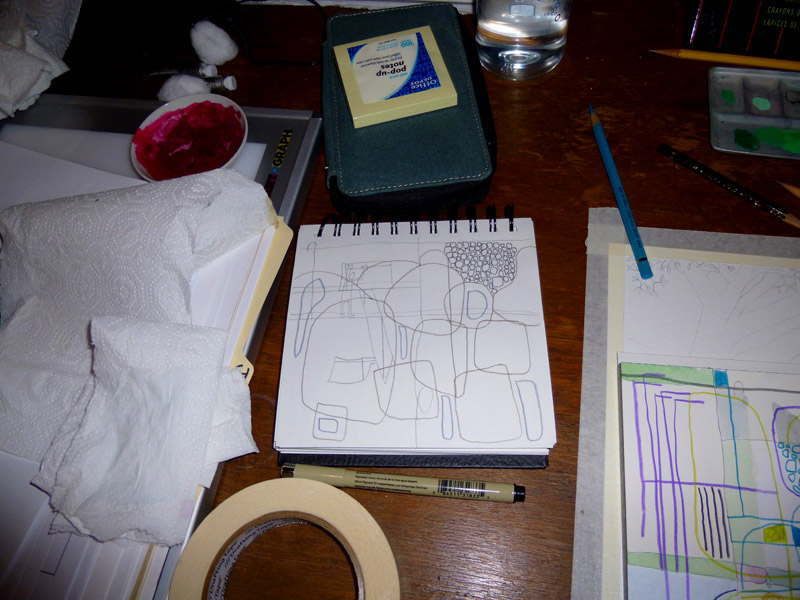 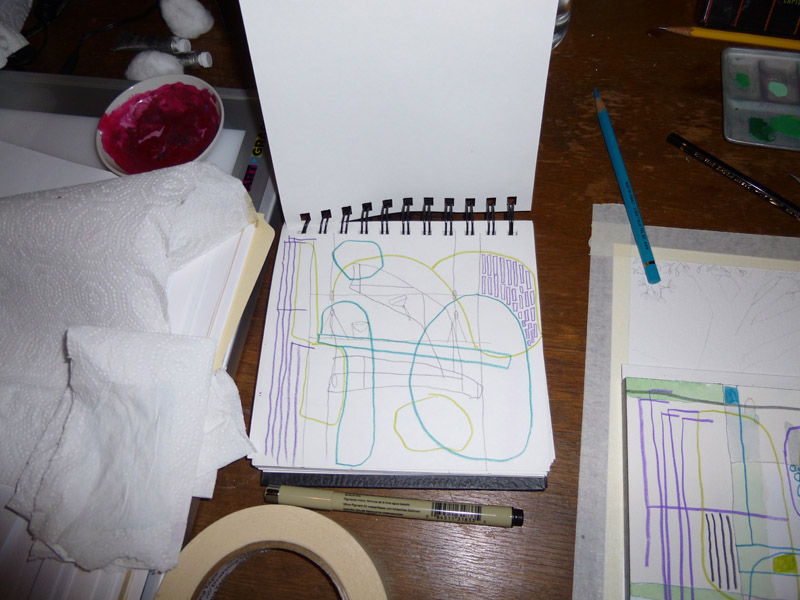 Okay, this is me, signing off. See you tomorrow.