What did I learn about Gimmel today?

Well, I will admit that I am still confused.

I know what it represents. That I am clear on. The sages believe it is the rich man running after the poor man ( specifically the Dalet), to give charity to.

The Gimmel is put together as a Vav with a Yud as its foot.

I have often drawn this as a character with actual “feet,” sometimes with sneakers, and I have known it to symbolize wealth. I have associated it with certain people I know. Maybe I shouldn’t have, but I have, so I suppose I have had a strange bias against it.

I even painted Dan being born into a “Gimmel machine” on purpose, in hopes that the series of paintings I did about him would hopefully bring me wealth that year, which turned out to be a stupid thing to do. 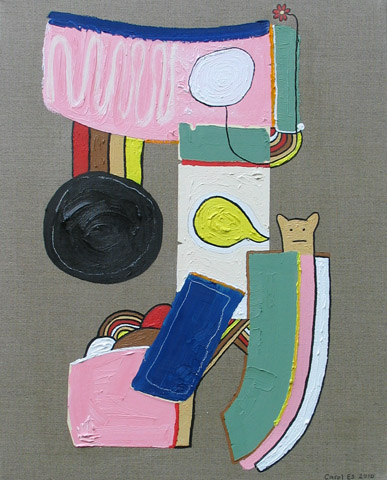 But anyhow, on my studies today, I found that again, this letter has more to do with FREE WILL than anything else. Another letter that has to do with free will. It seems that free will is probably the greatest thing we have going for us. And there is something for me to learn in that – I just know there is!

In what I was reading today, well, I will quote some of it here:

The word “gimel” is derived from the word “gemul,” which in Hebrew means both the giving of reward as well as the giving of punishment. In Torah, both reward and punishment have the same ultimate aim – the rectification of the soul to merit to receive God’s light to the fullest extent.

Reward and punishment imply that man is free to choose between good and evil.

After all this I get a bit foggy on the rest, but I get that giving and receiving is about free will, and that all just makes me want to think about it all more. I suppose I’m not finished meditating on this one folks.

So after all this studying, I went into the studio and finished up all my postcards for everyone and went into town and mailed them off. One was a handmade postcard for someone extra special. 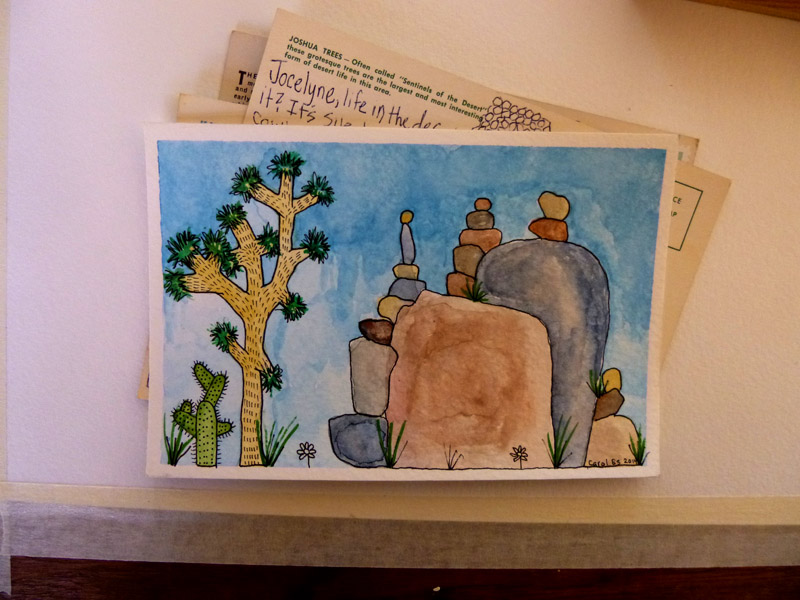 I then wound up doing an extra long video diary. I don’t know why, but I got carried away.

Things are moving along!

Oh, and I took a shot of those Exodus bracelets like I promised, see?: 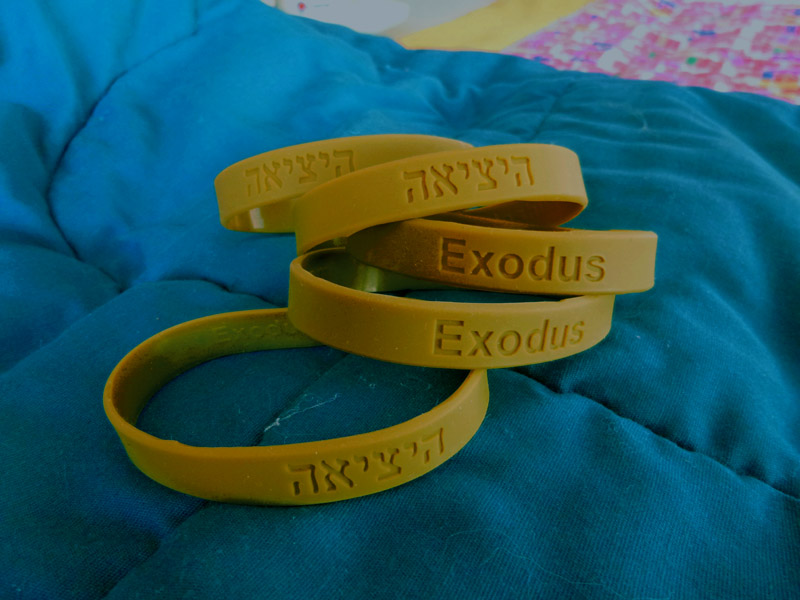 I guess that’s it for tonight. I’m pretty tired and I have to pee at the moment.