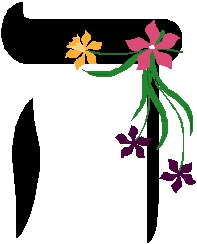 Hei! How are you? Pretty crappy, but thanks for asking.

Today I studied the Hei. But maybe instead of getting into that, I’d rather tell you that today was FUCKED!

I’d ask you to excuse my French, but I’m not really that kind of wuss, so please, allow me to go on with my rant about how stupid I am, because I am.

Today, just about everything that could go wrong – did, and all because I wasn’t using my head. Well, some of the reason is due to the fact that I don’t have my own video cam with me. I’m sure I have mentioned this a few times now.

This morning I recorded a long video journal – one where I finally tell the story about my past issues surrounding my video camera. I have mentioned this before as well. I’ve almost disclosed it in fact. Or maybe I have, I really don’t know anymore. But there is a heavy story about how I had a grand plan to create an auto-documentary back in 2007, but that wound up in a suicide attempt.

So, I’m telling this story into the camera today – how my Sony has been sitting in its case for the last seven years, and I get into the part about how seeing my family behind the lens of a camera did something really bizarre to me. I mean, I had no idea the impact it was going to have on me. I couldn’t have guessed it, but it was really profound.

Anyway, I started to cry on video. I wasn’t even expecting to act or feel natural on camera, but the tears just came, and I was like, hey, this might be great footage for the film. Real tears! But in all seriousness, they were real. Still, it was all captured on video and I was glad to have taped it, until…

I hit the playback button.

Oh my God! The microphone was situated near my hair so a couple of my dreads were flopping and dragging across the mic the entire time!

The rest of the week I had been wearing my hair up. Today I had the thought: I should wear my hair down for once so people can really see this mop of dreadlocks.

What an idiot!  And not because I wanted you to see my hair, but because of where I placed my microphone. (I just want to clarify that. I’m not generally an idiot.)

But the sound is unbearable on the entire take. It’s unusable.

And that’s not the only dumb thing I did!

The day before yesterday, I cued up the camera to play back the last video diary, but I forgot that I did that!!! When I came in today, I just hit record!

In other words, I recorded over my last video diary – and it was a good one too! I didn’t do one on Tuesday, so it was extra precious.

After I threw a shit-fit, I calmed down. I have a piece of yarn that is tied around my wrist to remind me to do such things (calm myself down),  and read the camera manual instead. I tried to get to know the cam a little better. I read about how to charge it properly, which I needed to do finally, but when I tried to do that, it wasn’t working, and while it was plugged in, I could not record because there was a buzz on the mic while the camera was plugged in to the wall, which is apparently called a “60 cycle hum.”

After many, many attempts all day today to get that camera working the way I needed it to, and trust me, I tried until it was dark outside, I had to give up on that, and I was in no mood to draw – but I drew a few pictures anyway 😉 I just forgot my digital camera back in the main house, so I didn’t shoot them. Sorry – no pictures tonight.

However! Something really GREAT transpired out of it all!

I may still be a bit blank on what my new paintings are going to look like, but I now know what my film is going to BE! And the installation too.

These days, for me, making decisions has never been so radiant and strong. I don’t know how else to explain that, but I guess I just did.

More on that later. I have to jot off to bed!